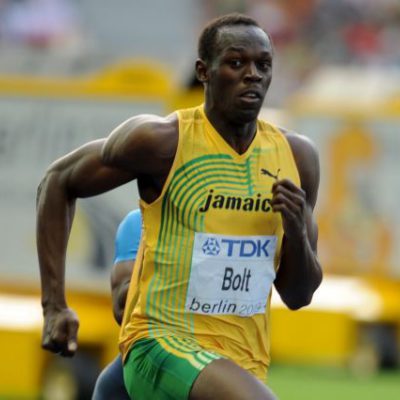 The fastest man on Earth

The premier role of the 100m dash

Of all the sporting pinnacles, highlighted again by the 2016 Rio Olympics, it is the straightforward, 0-to-100 sprint that not only creates champions but also legends, a factor that is not merely human but aided by science.

While the earliest competitive sprinters may have grown from the gladiators’ arena, where the ability to out-run a lion restrained by 99-yards of linked chain was a crucial means of survival, for more than two Millennia, it is the timing element that created a ‘thumbs-up’ for both emperors and spectators. Although the first one may have been accidental, pitting half-a-dozen potential meals against each other soon became a spectacle.

Over the years, as methods of measurement advanced from the turn of a sand-timer to the subtle click of a Swiss-made clock, and distances were altered from an Egyptian man’s nose-to-thumb-of-his-outstretched-arm (a yard) to a well-rounded metre, very little else changed. Lads (and their dads) of the 1960s revelled in the weekly comic ‘The Victor’, most especially at the antics of ‘Alf Tupper – The Tough of the Track’, who served to make sprinting ever more accessible across little more than two illustrated pages.

Yet, his comic diet of fish and chips was hardly conducive to ultimate fitness and was a country-mile apart from precisely-weighed bowls of pasta and isotonic drinks consumed today…even though some athletes might use other, less acceptable means to enhance their performance. However, it was clear that providing energy for the human machine was critical to shaving thousandths of a second from a 0-100m sprint time.

Every bit as crucial as the benchmark 0-60mph (0-100kph) acceleration time of the world’s most renowned sportscars, the combination of potency, allied to design efficiency is what creates the banner headlines. Yet, human endeavour remains the ultimate aim and the one that is the most revered. As disabled athletes can prove, carbon-fibre limbs can be a means-to-the-end but, what could make the quantum leap to a sub-10.0s seconds’ sprint time?

Running shoes were a starter and, while ‘spikes’ can provide enhanced grip for the cross-country, endurance runner, it is the scientific developments that reduce impact loading for the on-track sprinter. Cushioned soles not only redistribute stresses on the runner’s skeleton but ever-lighter shoes, featuring fewer protective elements also save energy.

When US athlete, Carl Lewis, became an early sub-ten-seconder (9.86s), in the mid-1980s, technology was also turning to running track surfaces. Natural surfaces, such as grass, clay, or cinders, are very weather-dependent. Their relative ‘softness’ may be easier on runners’ joints but resistance would make runs slower, a factor that both teams and spectators would find intolerable.

The first synthetic tracks were made from Asphalt and developed in the 1960s however it is highly weather dependent and inconsistent in its performance. Modern synthetic surfaces, such as those supplied by Trade Partners, a Dow Chemical Company approved distributor of VORAMER MR polyurethane binder, offer both porous and cushioned benefits as well as being durable and environmentally friendly.

Creating protection from injury also ensures that the superstars, of which the greatest is without doubt the much-loved, admired and approachable Jamaican athlete, Usain Bolt (9.59s), can perform their ultimate tasks in all conditions, on the best tracks in the world, for even longer.

Ultimately, it is a case of, if you can’t beat them, join them. From running from lions to becoming lions, the Kings of the Track rely on modern technology that aids but does not detract from their pinnacle performances.

Want to know more about our products for tracks, pitches and playgrounds? Read about our FlooraBounce Range and EPDM Rubber Granules, that are available in a variety of colours.